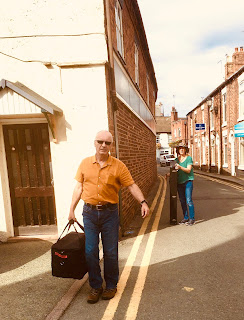 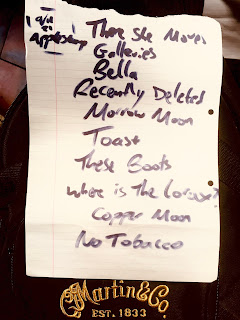 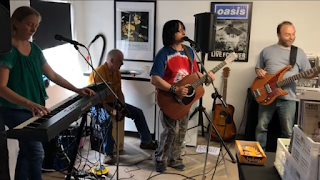 At last night’s rehearsal I explained to Em & Simon (Dave was stuck on the M6 somewhere) that I had just seen one of my comedy heroes Rich Hall getting off the rural one-carriage train I had just got off (it turned out he had a gig in Whitchurch that night). Then the conversation went something like;

Me - You had any comedy encounters lately Simon?

Simon- I was stuck behind Dale Winton in a supermarket once.

Em - When I was working in a shop Robert Plant came in and bought 3 cans of Stella and a tin of dog food.

Em - Yes I’ve got a pair of Y-fronts with his face on somewhere.

…on to today’s gig, our smallest ever venue but a cutesy of a vinyl paradise that is Applestump Records!