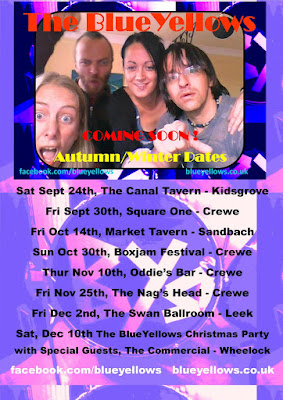 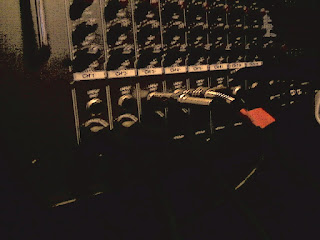 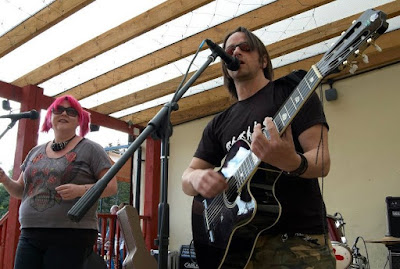 Well in spite of a slow-down of BlueYellows gigs, the whole band have actually had a pretty busy summer through some special private musical performances and finally the main event itself at the wonderful wedding of our keyboard player, accordionist and backing vocalist extraordinaire Emma Alcock (previously Burgess) and good friend of all in the band, Pete. It was of course a private event so I'll leave it at that except to say it was a fantastic day and we wish them a lifetime of love and happiness together. I've also done a few solo gigs lately including including The Alsager Festival and a special charity festival at The Hop Pole Hotel, Crewe and what a fab atmosphere it was there. I was also delighted that the superb vocalist and songwriter Hayley Strangelove joined me for some impromptu backing vocals on "No Tobacco, No Jesus!". I was thrilled! 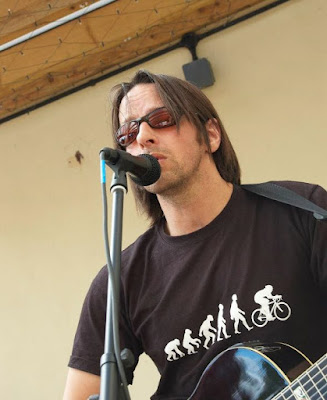 Thanks to Tom Bloor for the photos.

P.S As I write the band are due to meet tomorrow for our first rehearsal back in The BlueYellows mode for quite a while, with shows booked from the end of the month - Oh yes!