Stanzas, Beers and a Song debut.

I've just come back from a lovely evening of poetry & pints at an an amazingly bohemian venue of the all-things weird and wonderful that prevails upstairs at The Lodge, in Alsager.
I enjoyed poems by the many talented local poets who gathered including Phillip Williams, Helen Kay who was on amazing form, and accomplished author Claire Bassi (who also runs the creative writing group and events, Nantwich Speakeasy)

I played, completely acoustically, not even a mic, to a lovely, not to mention talented, audience. Thanks all!
I played;
There She Moves
Valentine's Day (song debut)
Big Low Copper Moon
Galleries
Toast the Night
Watch Out! (or I'll Stick you in my Poem)
Posted by JT at 26.4.18 No comments:

A Storm of Crows

Last week I met back up with my very first musical collaborator from my very first band, The Storm Crows.
Barney was the founding member and co-songwriter with me, and after many years we met up recently and slid straight back into the easy jamming/writing mode we always had, as if we'd never stopped playing together.

I appreciate even more now what a magically effortless this process was, and still is, after working with so many different people over the years. He also came along to last weekend's BYs gig.

Anyway, the jamming had some point to it, not that music-making needs any other point than itself, because I'd been invited to a big party gig of Barney's in his beautiful home village of Gordon in the Scottish Borders.
I was one of many guests, the talent in that room was something else, something special, but it was so great to be back on stage with my fellow Storm Crow for a bit.

We played together on old Storm Crows songs "2 B Loved", that I had written, and one of Barney's, "Gabrielle"... just like old times. After this I played a solo spot where I included a song called "Toast the Night", as it seemed appropriate enough for such a special occasion.

And what a night! Let's not leave it so long before next time! 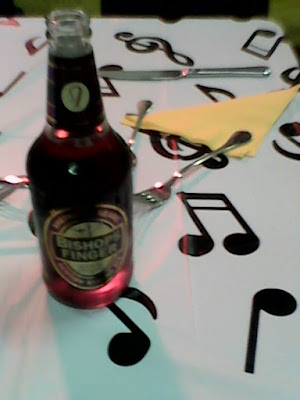 There are also a couple of instagram postings on this gig HERE and...  HERE
Posted by JT at 15.4.18 No comments:

Brewing up some new tunes.

Last night I was out with The Blue Yellows playing long set with new songs. As we have, of late, been focusing on recording, we were under-rehearsed in terms of live performances of new songs and in some cases, any rehearsal at all of some of the longer-standing tunes in the set. Nevertheless, although our set may not have been technically perfect, we were definitely 'in the zone' as far as artistic expression, emotion and spirit are concerned, playing an absolute blinder from what I could tell. The lovely crowd packed into the bijou but gorgeous (with equally gorgeous beers and gins) Offbeat Brewery.
I dedicated a couple of songs to my good friend Alex an amazing tour de force of a character. She and her lovely doggie died in a horrible boat fire earlier in the year.
Thanks to everyone who made it along, you gave us a great night, and lovely to see so many old faces, and enthusiastic new ones!

*Marina is Red also wrote a review of this gig at https://www.marinaisred.com/2018/04/08/gig-review-the-blue-yellows/ 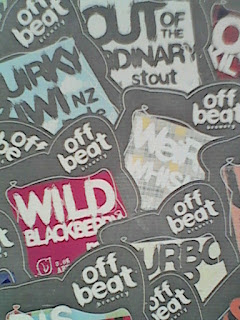 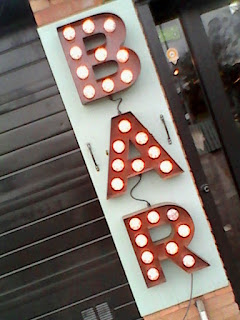 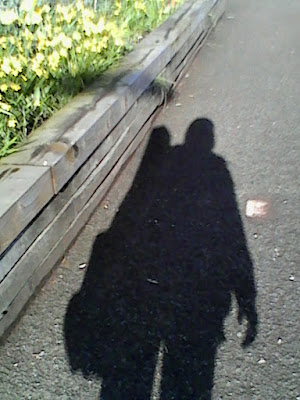 Another day, another train, this time to meet up with the founding member and joint songwriter of the very first band I was in, 'Barney'.

We did a bit of catching up and playing some old songs, including ones I wrote for 'The Storm Crows', but haven't played for many years, so some of the lyrics are lost somewhere in the deeper recesses of my memory. But we basically jammed away on some old songs and new ones, which just the 'natural' way we arranged them years ago.

We will meet up again up in the Scottish Borders where he now lives to for a special birthday gig up there next week.
Should be a bit of an adventure!
Posted by JT at 5.4.18 No comments:

I realised this was the first Rickety Wireless gig outside of Alsager, no less(!) and the wilds of Nantwich Jazz Festival we did brave.
A weird combination of very cold, wet conditions outside the venue, where our instruments had been 'waiting' and extremely warm, humid conditions within, meant our instruments were dripping wet with condensation when we removed their covers and bags. This caused a number of ongoing tuning issues as wood, metals and other materials adapted to this drastic change. In fact even Dan's mini drum set was suffering tuning issues, which is rare mid-gig.

Nevertheless neither this, nor our still 'under-rehearsed' condition didn't dampen the spirits of the crowds, who seemed to love it, singing along and sometimes dancing to much of the set. Thanks you lot, you made it great fun!