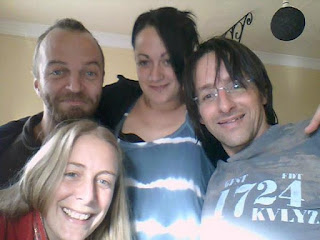 Thanks if you came, we had a great time. Here's the set list from the event in case you're wondering...

Killing Me
Fairytale of New York
Galleries
Bitter End
Own & the Willow
Humankind
Instrumental (loosely based on God Rest Ye Merry Gentlemen!)
These Boots were Made for Walking

Dayve Dean also appeared with Dan Logan on purcussion. Dayve is also running a radio show The Cat Radio Station. We're going to be joining him on Thursday Morning on December the 17th for a chat and we'll be playing some songs acoustically. Join us if you can!
Posted by JT at 30.11.09 No comments: Links to this post

The BlueYellows turn on Sandbach!

Our next blueyellows gig is this Saturday (Nov 28th). The Sandbach Christmas Lights concert.
Chloe and Dayve Dean, among others including other rock bands and local folkies will be performing.

We are performing at 1pm...

The BlueYellows at Boxjam Festival 2009. Special Thanks to Roger David Sheperd for these images. 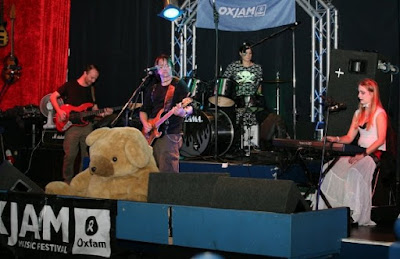 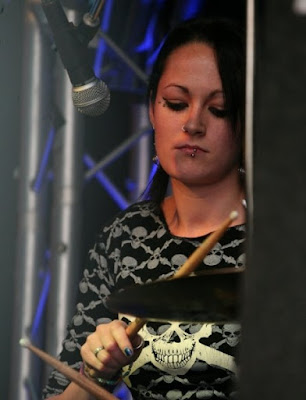 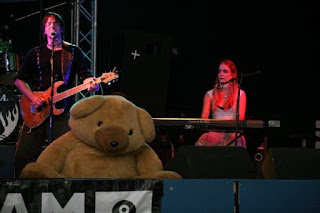 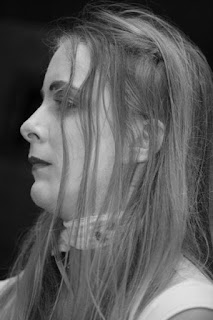 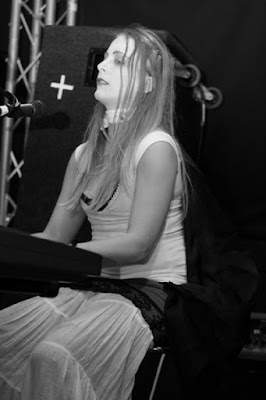 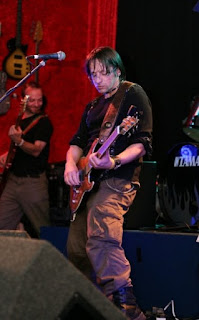 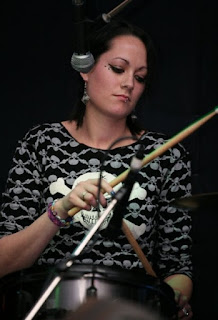 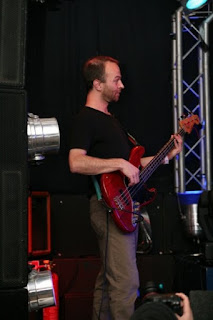 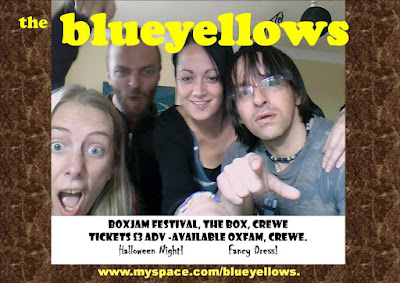 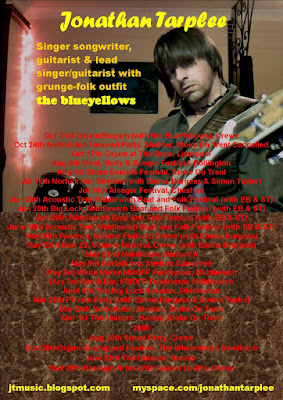 Take me down to the Coffee Shop - we could dance like Iggy Pop!... 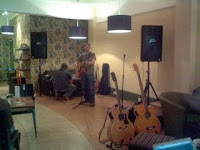 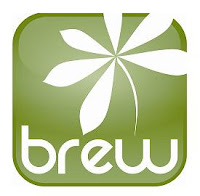 Had my first ever coffee house gig on Saturday, & very enjoyable it was too with sets from talented fellow singer-songsters like Dayve Dean and Chloe & in spite of feeling ill, but in kind of a spaced-out fairly pleasant sort of way. I hope I do some more. Espressos instead of beer. I love them both!

This one was in The Brew Tea House in Central Liverpool and it was all for Oxfam so we could feel even better about it.

Don't forget our 1st ever gig, it'll be rough and (nearly!) ready;....
Halloween night at the Box, Crewe (Oxjam/Boxjam) with the new Grunge/Folk outfit The BlueYellows.
Loads bands & stalls. Tickets £3 advance from Oxfam, Crewe. Doors 5pm - Late.
Don't forget your scary costume!
Posted by JT at 19.10.09 No comments: Links to this post

Myself, fellow singer songster Dayve Dean and others are to play an acoustic event for Oxfam in the gorgeous city of Liverpool this Saturday afternoon, should be fun, and for a really good cause. Details; 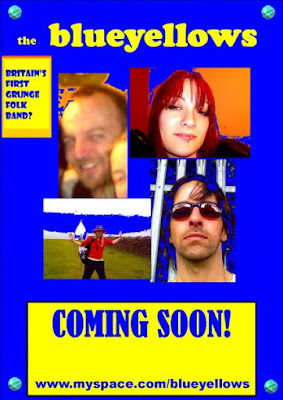 Details are still to follow over the coming weeks but I can reveal some info on the new band I’m now involved with...
We are The BlueYellows and we consist of;

We have a fledgling myspace at http://www.myspace.com/blueyellows ...stay tooned! 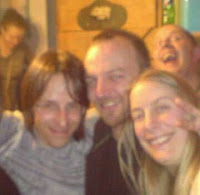 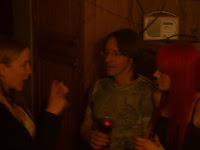 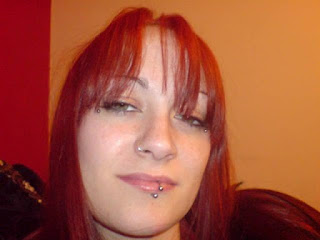 How to buy my Album

f you prefer the album to be sent by post please email me at jtarplee@hotmail.com and I will email you the address details for your £6 cheque/postal order (to allow postage & packing).
Cheers medears x
Posted by JT at 24.8.09 No comments: Links to this post

First Ever Video of the New Band!

We don't even have a name yet. This is from the acoustic tent at the Middlewich Boat and Folk Festival 2009 and is part of our first ever public performance.

what seemed like a residency for the weekend!
Posted by JT at 30.6.09 No comments: Links to this post

Jonathan Tarplee (AKA ‘Jaytee’) has been writing songs since an early age and his first ever live performance included self penned rock tunes which went down a storm with a jam-night crowd more used to cover versions. The Blues was a major early influence on his lead guitar style and some of his first gigs were as the sole guitarist with 7 piece rhythm & Blues outfit ‘Safe Sax’. However his own songs were pushing very hard and it wasn’t long before he was writing, singing and playing for original bands varying in style from indie to folk rock and grunge, his lead guitar style becoming more fluent and individual in style from its blues/rock origins, though maintaining it’s intensity and expressiveness.

Successes in part one of his career included solo support slots for Nick Harper and Atilla the Stockbroker as part of their respective tours, having his song ‘You & Me’ used as a BBC soundtrack and a further composition ‘Firesign’ used in a surfing video. Further storming performances both solo and with bands followed with interest being shown from major record labels. However, Jonathan was becoming disillusioned with a music scene increasingly dominated by tribute acts, and other interests in his life led him away from the stage.

In late 2008 an email from out of the blue was all the encouragement he needed to sling an electric guitar on again and start rehearsing with the keyboard player he had worked with before in ‘The Applecause’, Emma Burgess, along with an assortment of songwriters and musicians. He is now booking regular live gigs at venues and festivals around the North and Midlands. His current gigs are largely solo performances but his new, as yet un-named band include Emma on keys and Simon Taylor on Bass guitar, and whether on his own or with band, his unique new songs range from quirky ditties to ballads and full-on rock-fests all played with passion and an earthy intensity.

Discography
A Near Life Experience (with The Applecause)
Banned Substances (North-West bands within, D.A.N. Network; includes the track ‘Firesign’)
Urban Birds Six songs for Gaia (solo E.P.)
Happy Juice (Collection of solo and band recordings)
Commendations
"Beautifully crafted songs with bite and edge"- Mind, Body & Boogie festival.
"Great guitar work" - Chronicle Newspapers.
"Powerful lyrics and absorbing melodies" - Nigel Stonier.
"Fine, powerful and melodic guitaring" - F. Scott Corrigan.
“I recently saw you perform live and was really inspired” (email comment).
“Loved Taught and Four Horsemen best! I haven't had a good internet reception up till now so had to wait to hear your stuff but worth waiting for!” (Comment on floatingcosmos.blogspot.com).
The BlueYellows
The BlueYellows create original music which is intense yet reflective, melancholic yet uplifting, quirky, passionate and unique. With influences as diverse folk, metal, funk and grunge, the band have no interest in following the path or style of others, even if they stand on the shoulders of those bands and artists they love. At the centre of their style is the acclaimed song-writing of lead-singer and guitarist Jonathan Tarplee, songs which are then modulated through the classically trained keys of Emma Burgess, the elastic, walking bass strings of Simon Taylor and the almost Celtic feel of Hayley Worsdale’s drums to form a set comprised of everything from quirky, acoustic ditties to full on post-apocalyptic rock-outs. Compared with bands as diverse as James, The Pixies and The Dandy Warhols, their sound has been described as grunge/folk which is perhaps a reasonable pigeonhole when labels are unavoidable. Recently they have been honing their set to include some individualised cover-versions and new material to take them on to a bigger-than-ever show and plans for their debut CD. But whether it’s major rock venue or an intimate corner of a folk club, they always aim to play live with a passion, emotion and intensity, as if it were the last thing they do on Earth.

Friday 19th June 8 PM - Acoustic Tent, Main Field
Saturday 20 June 1 PM – Kings Lock, Lewin Street
Saturday 20 June 6 PM - Acoustic Tent, Main Field
STOP PRESS - Fellow Bandees Emma Burgess and Simon Taylor are now also confirmed as playing!
The Middlewich Boat and Boat Festival is in the top Ten music festivals in Britain (The Guardian) and is possibly the most family-friendly one as it has many other things going on besides the music including craft stalls, historic boats, boat horses, face-painting, floating gardens and so much more….see http://midfest.org.uk/mfab to give you some idea.
I’ve been going to the festival on and off as a punter for many years and am really chuffed to bits to be playing for the first time this year.
I may also put in an appearance in the open sessions at the White Horse on Sunday the 21st.

Here are the pics....in reverse order (top to bottom) from The Waldron and Bar 22 as part of the volume festival and at Nakatchas, Nantwich. Emma Burgess from the new band is on the Keyboards.

Thanks to Hayley for the top 2 pics and Jules from the Crewe Blog for the middle one. Cheers everyone who came too! 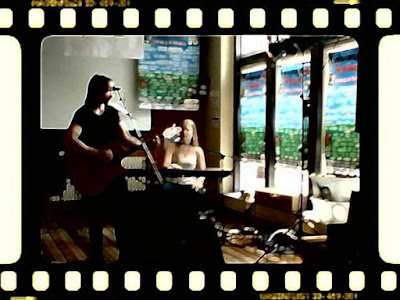 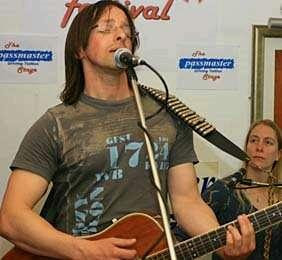 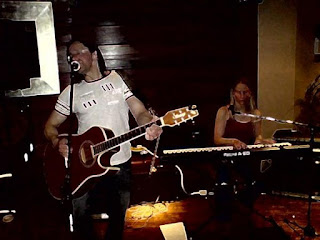 A big weekend of gigs coming up in the Crewe & Nantwich area starting with Nakatchas nightclub on Friday night and continuing through the Volume festival performances in Crewe.
Emma Burgess from the new band will be joining me on keyboards with a possibility of Simon Taylor on Bass for the Monday gig if he is back from France in time.
Anyway here’s the schedule…

An event, or really two events, namely my two appearances at this year's CreweLive09 Volume Festival, a festival with a focus on original, upandcoming artists, should be cool!

Gig with Souvenirs, Stoke On Trent

It's on a Saturday, that's May 9th in the intimate Norfolk Inn, from about 8.30 onwards.

Loads of gigs coming up including summer festivals!

There's also 10 old songs of mine featured on this site to listen to/download!
Posted by JT at 9.4.09 No comments: Links to this post 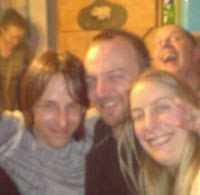 Taken after a first warm-up, mini-gig at a friend's party.

We are looking for a drummer/percussionist but are thinking "what the hell?" we'll do some acoustic gigs in the meantime.

Next 'proper' gig is a solo acoustic performance supporting pop-rock act "New Dawn" at the Norfolk Inn, Shelton, Stoke On Trent.
Entry is Free!
Posted by JT at 30.3.09 No comments: Links to this post

Galleries
Cry Cry Kill
When This Flower Opens (co-written with J. Louth)
Killing Me
The Owl in the Willow
Hidden Shallows
Feels Like Sunshine
Beachcombing
(All songs by J. Tarplee unless otherwise stated)

Thanks also to Arthur who provided mesmeric fingerpicking styles and hypnotic songs.

Ta if you came!

Intimate environs, free entry. March 1st from 8.30 or so.

Well, I thought it should be about time so here we go a-blogging…..I’ve got a new band who are almost formed including Emma Burgess on keyboards/ backing vocals and Simon Taylor on Bass. We have someone who can, and may well play drums for us but the person in question also has commitments with another band so we’re still considering percussionists. We’re pretty open-minded by the way so if you just have a snare and a pair of razor-fish shells to play it with (& you’re good!), we’ll still bear you in mind.

Drummers with conventional kits are OK too!

Get Kitchen Sessions by The Blue Yellows!